Publications of the Limestone CHC

The following publications by the Limestone County Historical Commission are available for purchase. 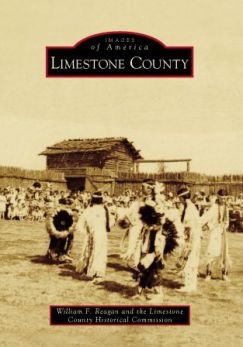 Though Limestone County was established on April 11, 1846, the first Anglo settlers arrived in 1833, while Texas was still part of Mexico. They built Fort Parker, the site of an 1836 Indian attack. Of the five captives taken, Cynthia Ann Parker grew up as a Comanche, married a Comanche chief, and became the mother of Quanah Parker, the last great Comanche chief. Springfield was the first permanent settlement and first county seat. The Houston and Texas Central Railroad began construction of a line through the county in 1869 and established the towns of Kosse, Thornton, Groesbeck, and Mexia. Following the Civil War, cotton became the major agricultural endeavor. During the 1920s, the Mexia Oil Boom brought prosperity to the county. Sadly, many of the small farming communities disappeared after World War II, when cattle ranching replaced farming. Today, major attractions include Lake Limestone, Old Fort Parker, Fort Parker State Park, the Confederate Reunion Grounds, and the Prairie Hill Drag Strip. 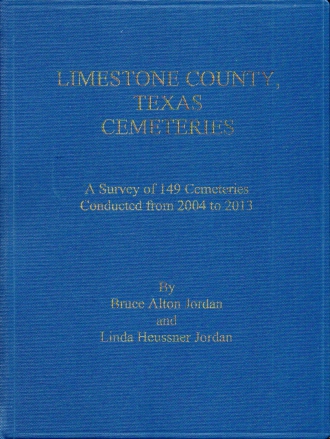 This remarkable volume includes surveys of 149 Limestone County, TX Cemeteries.  In addition to the surveys, GPS coordinates, driving directions, and photographs for each cemetery are given.  Historical information is also provided for several.