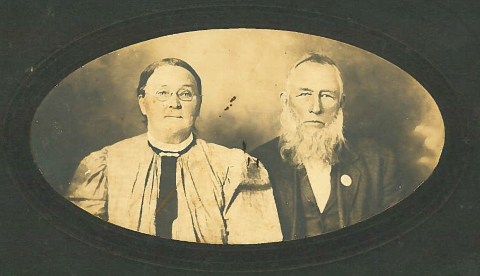 John D. Watson from Dublin, Ireland and Ava Curry from Georgia were the parents of William Augustus Watson born July, 21, 1835 in Sparta, Georgia. The family left Georgia in 1844 and came to Grimes County, Texas where they would have received a colonization contract granting them 640 acres.  William was 25 years old when the Civil War broke out.  He walked to Huntsville and joined with Company H, 4th Texas Volunteer Infantry Regiment under Captain P.P. Porter organized in Walker County.  There were twenty companies organized into the 4th and 5th Texas Infantry Regiment known as the Texas Brigade of General Lee's Army of Northern Virginia or Hood's Brigade.  These men were the cream of the crop from East, Central and South Texas.  William Watson in Company H was present for duty during most of the war.  He was wounded in the head at Gaines Mill, June, 1862; wounded at Gettysburg, July 3, 1863; wounded three times at Battle of the Wilderness, 1864; wounded at Cold Harbor, 1864; and paroled at Appomattox, 1865, when Lee surrendered.

Throughout the war, William Watson and Jacob Lown had been best buddies.  When Lown was wounded, he asked Watson to, "Take care of my sister."  When William returned to Grimes County, he visited the Lown family and on December 21, 1865, he married Martha Joannah Lown and they moved to Limestone County.  They had eight children.  The first three died young and the ones to survive were: Martha Francis "Fannie", William Franklin, Ophella, and identical twins, Cora Adella and Ora Ann Ella.  William might have been known as a wheeler-dealer since records show he bought or sold several pieces of land. At least 47 deeds are recorded.  He built a cotton gin and grist mill west of Thornton. Most of the gin customers were kinfolks, the Lowns, Lattners, Kilpatricks, Arneys and Neasons.  Later the gin burned to the ground and was never rebuilt.  William and Martha built an I-plan house with double parlors, fireplaces and a center hallway at a crossroads.  This house had a Travelers' Room which was a room with no access to the rest of the house.  It opened only onto the porch.  Any traveler was welcome to stay with no questions asked.  The traveler and his horse were given a meal and a bed, but had to be out before sunrise.  Since towns were so far apart, the Watson's hospitality became legendary.

Tragedy struck the Watson family in 1908 when William was returning from a business trip to Kosse by way of Fairview Church.  His buggy, pulled by a spirited young mare, quickened her gate when they were nearing home. When William turned into the Watson home, the buggy overturned and he was thrown head first into the woodpile.  He was knocked unconscious and died the following morning.  This was a shock to the community.  The pastor, R.R. Crockett, a Presbyterian minister at the Fairview Church said these words at William's funeral:

Father Watson will be sadly missed by all who knew him, for he was generous to a fault; none ever left his door hungry or was turned away without help, whether worthy or not.  His rule was to be careful to entertain strangers and to help the helpless.  He was always at his place in church service and liberally supported the church both with prayers and means. He was known to have given water to wounded Union soldiers from the canteen he carried at his own side as bullets from both armies stormed around them.  He was as faithful and fearless and many in glory will call him blessed for the number he led to Christ.  On one occasion, he compelled General Hood to mark time at the muzzle of his gun for trying to pass his picket without the counter sign.  Being of Irish parentage, his emotions were strong, as was his will.  He had said to his pastor, "I am fully prepared and ready to go when God summons me.”  We will surely meet him at the first resurrection.

He was laid to rest with Masonic honors in the Thornton Cemetery at age 73.  His widow, Martha, and the remaining children at home, twins Ora and Cora, coped very well and continued the operation of the farm with the help of friends and family.  Ora married Thomas F. Arney and later Cora married Thomas E. Kilpatrick.  Martha erected an impressive statue of a confederate soldier as William's grave marker. Martha Joannah died in 1922 at age 81 and was buried next to her husband.

Thomas and Cora Arney had five children: Martha, Irene, Thomas Earl, Mary, and Travis.  Travis took over the workings of the farm and raised his children, Marlene, Michael and Paula, there, and they still use the land today to raise cattle. 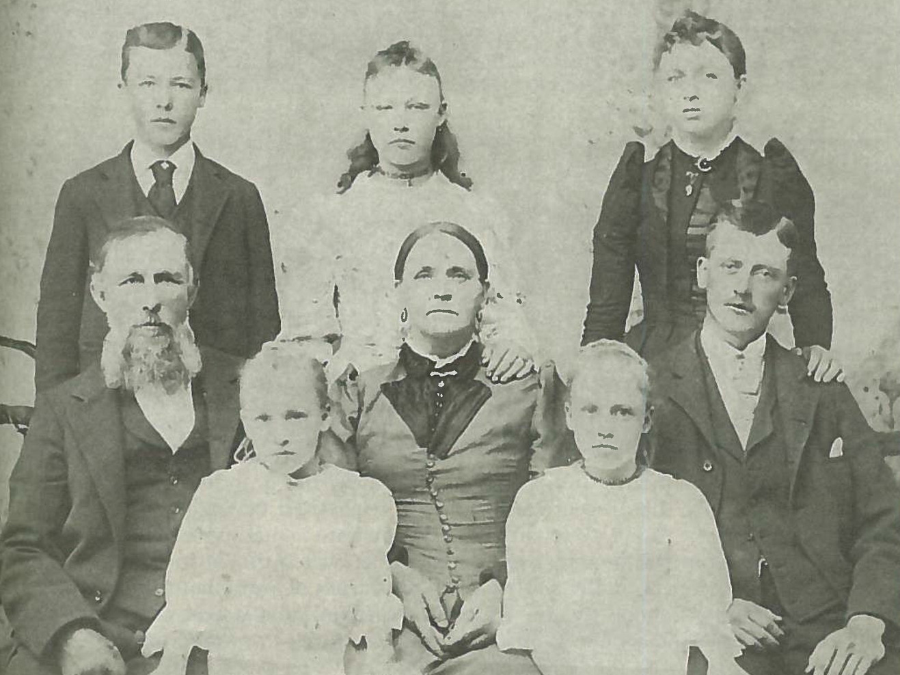 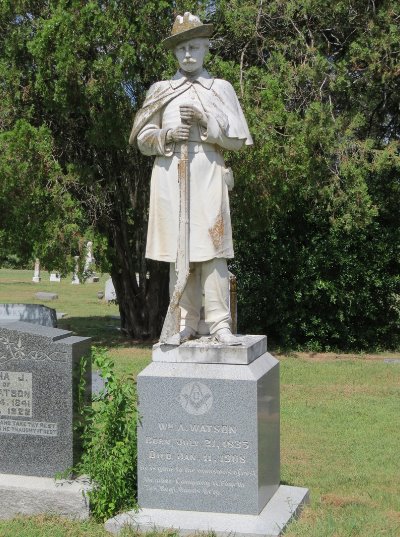