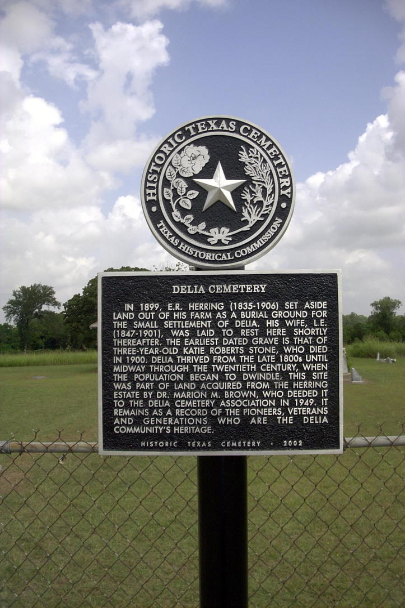 The Delia Cemetery is located on Limestone County Road 150 between Prairie Hill and Coolidge in northwestern Limestone County. Delia was once a thriving rural community and had a school along with several stores.

The Delia Cemetery was the burial place for that community for many years. The first burial (earliest marked grave) was in February of 1900 when Katie Roberts, age 3, was buried there. E. R. Herring set aside a parcel of land on his farm in 1899 as a burial place for the community of Delia, Texas.

The Delia Cemetery was closely related to the Delia Community. "Delia was named in honor of Delia C. Copeland (Mrs. W. P. Alexander). Located four miles northeast of Prairie Hill, the area was settled in the 1890's, and became a post office in 1895. James D. Thompson was the first postmaster. A school district was created in 1900, and in 1947 a school, two churches, three businesses, and a population of 100 made up the village. Eight years later, there were no businesses, only one church, and an estimated population of 40 in the community." (Ray A. Walter, A History of Limestone County)

The Delia Cemetery served for many years a once thriving community. Today, one or two burials are held at the cemetery each year. The graves in the cemetery include veterans of World War I and World War II as well as other prominent community and county leaders. 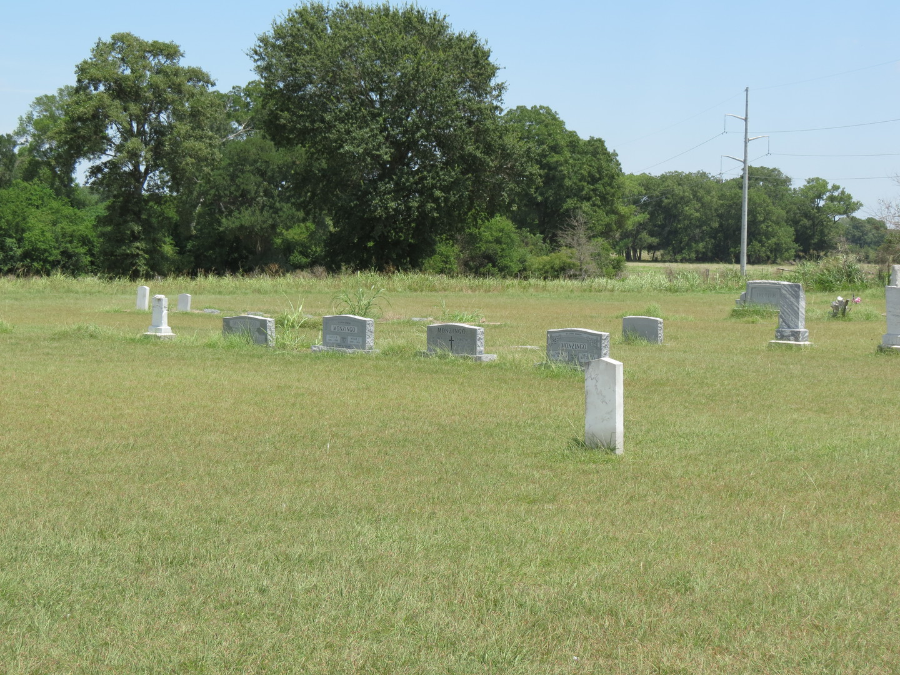