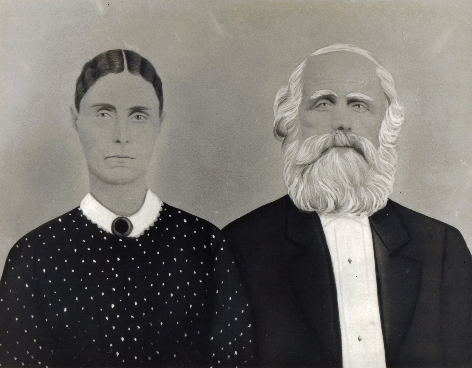 Luther Thomas Martin Plummer was born in 1811 in Caroline County, Maryland to Philemon Plummer and Sarah Holland.  L. T. M. enlisted in the U. S. Army on January 30, 1830 in Baltimore and served until January, 1832.  He probably served in the upper Mississippi region, possibly in Illinois or Iowa.  After the Indian Removal Act was passed in 1830, the U. S. Army was active in this region negotiating treaties with various Indian tribes to give up their lands east of the Mississippi River.  On May 28, 1833, he married Rachel Parker (1818-1839), the daughter of James W. and Martha Duty Parker, in Crawford County, Illinois.

He came to Texas in 1833 with the Parker group and received a land grant out of the Andres Varela Survey in what is now Limestone County on April 1, 1835.  Rachel Parker Plummer, and their son, James Pratt Plummer (1835-1864), were two of the five captives taken during the attack on Fort Parker on May 18, 1836.  Rachel was with child when she was taken captive and gave birth to a son, Luther Thomas Martin Plummer, Jr., who was killed by her Comanche captors.  Rachel and James Pratt were eventually returned to their family.  In 1839, L. T. M. and Rachel lost a third son, Wilson P., in infancy.  Rachel died soon afterwards.

Muster rolls of the Texas Revolution show that L. T. M. Plummer enrolled as a Texas Ranger on November 16, 1835 and served under Captain Eli Seale beginning on January 1, 1836 until March, 1836.  Later he served from April, 1837 until October, 1837.  He died in Limestone County in 1875 and is buried in the Plummer Cemetery where many of his descendants are also interned.